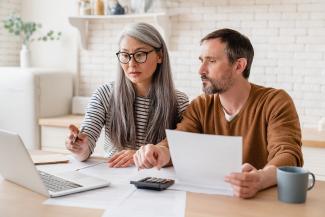 8 common TFSA pitfalls and how to avoid them 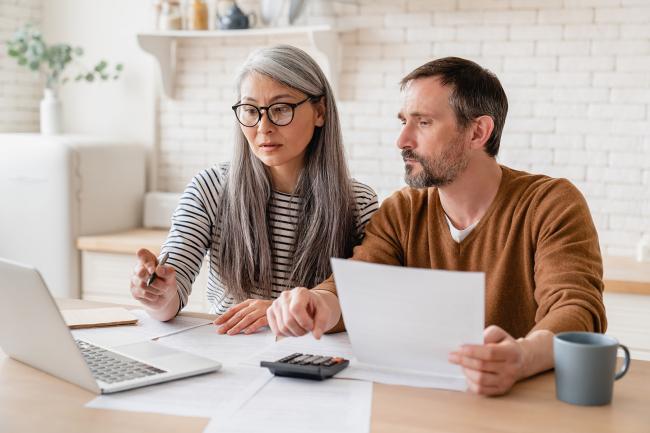 A Tax-Free Savings Account (TFSA) is a great tool to build wealth for most Canadians while paying less tax. Although there are many benefits to investing in a TFSA, there can also be costly mistakes.  This article outlines the eight most common pitfalls people encounter and how to avoid them.

You can make a withdrawal from your TFSA at any time without tax consequences. However, a withdrawal does not reduce contributions made during the year. Rather, the amount withdrawn will only be added back to your TFSA contribution limit the following calendar year. This means if you withdraw an amount from your TFSA it cannot be recontributed in the same year unless you still have existing contribution limit available. So, while the TFSA is a good long-term investment vehicle, you should not be using it for regular banking or high volumes of transactions.

2)     Keep track of your contributions to avoid costly penalties

Because the TFSA is easy to set up and offered by various financial institutions, it is common for people to have multiple TFSA accounts. But this can make it difficult to track contributions and ultimately increases the risk of making overcontributions. Especially if you withdraw and would like to re-deposit money into these accounts in the same year as explained above.

One way to confirm your TFSA contribution limit is by accessing your ‘My Account’ information through the Canada Revenue Agency’s (CRA) website. However, depending on timing, their records many not always be 100% reliable for your ‘current’ contribution limit. For this reason, you should keep track of all contributions you’ve made and consider minimizing the number of TFSA accounts you have.

Holding a volatile investment in a TFSA can be risky for a couple of reasons:

4)     Watch out for multiplying problems

When investing in a TFSA, be careful to avoid multiplying potential risks, such as volatile investments and TFSA overcontributions. Here’s an example:

In 2021, the CRA was asked to comment about a scenario where an individual had overcontributed to a TFSA accidentally and used the money to purchase shares of a company that went bankrupt shortly afterward.

While you are permitted to hold foreign securities that are traded on a designated stock exchange in your TFSA, it is important to consider the potential foreign tax implications associated with such investments. Even though the investment is held in a TFSA, withholding tax may be applied at source when that investment distributes income (generally referred to as non-resident withholding tax). Because this income is not subject to Canadian tax – as it is held within a TFSA - there is no opportunity to claim a foreign tax credit to recover the foreign tax paid.

So, while Canada doesn’t tax this income, the income may still be subject to foreign tax. As a result, individuals may want to consider holding income producing foreign securities in their non-registered account, where they will generally be able to claim a foreign tax credit for the foreign tax paid. Then in their TFSA, focus on Canadian investments.

6)     Think twice about investing in a TFSA if you’re a U.S. taxpayer

The Internal Revenue Code in the United States gives no special status and does not recognize a Canadian TFSA as a tax-free or tax-deferred account for U.S. tax purposes. Most U.S. tax professionals agree that U.S. taxpayers (American citizens, and U.S. green card holders or individuals who have a substantial presence in the U.S.) who hold a TFSA are subject to tax on any income earned in a TFSA and have special reporting requirements on an annual basis. This tends to reduce or eliminate the benefits of a TFSA for most U.S. taxpayers who are living in Canada. For this reason, while TFSAs have many benefits for Canadians, TFSAs should generally be avoided if you are also a U.S. taxpayer.

It's worth noting that many people with U.S. citizenship are surprised to learn that even if they have never lived in the United States, they still need to file a U.S. income tax return. This is because, unlike most countries, the United States taxes both its citizens and its residents. It’s important to understand that cross-border tax rules are complex, with various tax and estate planning implications beyond TFSAs. We strongly encourage our clients who are U.S. taxpayers to consult with a U.S. tax expert, especially if they haven’t filed in the past or are not clear on their U.S. income tax obligations.

Like RRSPs, it is acceptable to manage your own portfolio in a self-directed TFSA account. However, you should be aware that a TFSA is not intended for frequent buying and selling and cannot be used as a guise for what would otherwise be considered an active trading business.

If for instance you are undertaking a high frequency of transactions within your TFSA or outright day trading, this could result in unwanted attention from the CRA. Even if you don’t consider yourself a professional day trader, your high frequency trading may raise alarm bells. If the CRA determines you have been using a TFSA account for “carrying on a business,” such as the case with day trading for example, all dividends, interest, and gains could end up being taxed as business income.

8)     Avoid naming spouse a beneficiary instead of successor holder

If you intend to leave your TFSA to your spouse after you die, it’s usually better to name them as the successor holder rather than the beneficiary. Only a spouse or common law partner can be designated as successor holder which means that they will effectively become the new owner of your TFSA with the same tax-free status, basically as if it was always their account.

If you were to name them as the beneficiary instead, they can still receive the TFSA’s assets tax-free but it’s not as seamless as using the successor designation and they’ll have to deal with extra administrative work in obtaining those assets. Further, they would also be liable for tax on any income or gains earned for the period between your death and the date your TFSA is wound up/distributed.

A beneficiary designation is best used to distribute a TFSA to beneficiaries other than your spouse, such as your children, grandchildren, or a charitable organization.

While TFSAs can play a big role in helping save for a big purchase or retirement, this article has outlined common pitfalls to be aware of. Speak with your IG Consultant and tax professional for more information, and to ensure you are using TFSAs effectively as part of your overall financial plan.

This is a general source of information only. It is not intended to provide personalized tax, legal or investment advice, and is not intended as a solicitation to purchase securities. For more information on this topic or any other financial matter, please contact an IG Consultant. Trademarks, including IG Wealth Management and IG Private Wealth Management, are owned by IGM Financial Inc. and licensed to subsidiary corporations. Insurance products and services distributed through I.G. Insurance Services Inc. Insurance license sponsored by The Canada Life Assurance Company.